Roulette is not necessarily one of the most popular games to play in casinos, but recent online developments have pushed up its popularity a little more. However there was once a short time when it gained almost overnight popularity thanks to a man named Joseph Hobson Jagger.

Born in 1830 in Yorkshire, he worked in a cotton plant. He was apparently obsessed with the game of roulette from an early age, and working in the plant he came up with a theory that human inventions are all prone to have imperfections. Roulette games tend to work the same way as bingo does, with chance and luck rather than using strategy, unless a faulty wheel is being used that is more biased than another to a certain number. And that’s exactly what Jagger spotted in Beaux-Arts Casino, Monte Carlo. 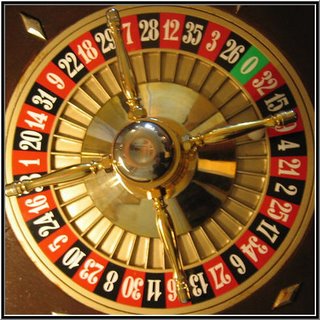 He hired six men to record all the outcomes of roulette wheel spins of the six wheels in the casino. It wasn’t long before they determined that one machine had certain numbers that came up far more frequently than others. On 7th July 1875, he placed his bets on the bias numbers, winning around £14,000, which is now equivalent to around £700,000. Over the next few days, his winnings grew by around £60,000 more.

In this time, people started to realise what was happening and began to place bets on the same numbers he was. As a result, the casino swapped the wheels around to throw Jagger into confusion. They were successful in this until, after a losing streak, Jagger realised that a scratch on the wheel was not present. Having located the correct wheel he began to win again. Finally the casino put a stop to him by upgraded the wheel and changing parts every night. Nevertheless, Jagger left with his winnings of around £65,000 and invested it in property.

But don’t go hoping that this will happen to you in any old game – the way that other casino games such as slot machines work means that the outcome of a spin is always entirely random, due to a random number generator inside the mechanism. Furthermore, unfortunately it is impossible to replicate the strategy and tactics of Joseph Hobson Jagger on roulette games at casino sites as these too work with on a computer generator that randomises the outcome, meaning that no pattern can be traced.